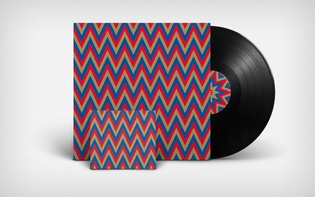 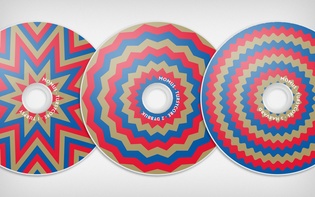 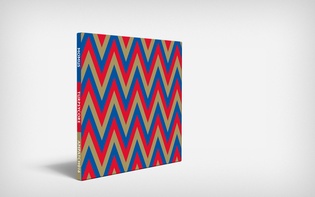 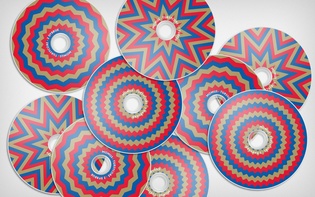 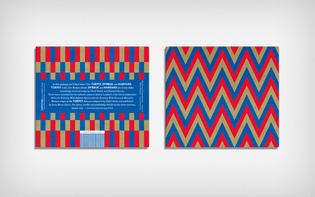 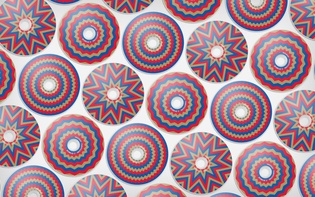 Artwork for Momus’ 2015 album “Turpsycore.” Turpsycore is a deliberate misspelling of Terpsichore (the Greek goddess of delight and dancing), referencing both turps/turpentine and turpitude. The colours as well as the patterns are derived from ancient Greece’s polychrome technique.

In this package you’ll find three CDs: TURPSY, DYBBUK and HARVARD. TURPSY is the new Momus album. DYBBUK and HARVARD are bonus disks containing covers of songs by David Bowie and Howard Devoto. These were recorded for two cabaret concerts held at London’s Cafe Oto in September 2014 (An Evening With Dybbuk Momie and An Evening With Harvard Momoto).